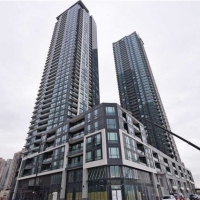 TORONTO, January 28, 2018 -- Toronto Real Estate Board President Garry Bhaura announced that, based on rental listings and transactions reported by Greater Toronto REALTORS® through TREB's MLS® System, rental market conditions remained very tight in the fourth quarter of 2018.  Average rents for one-bedroom and two-bedroom condominium apartments were up substantially on a year-over-year basis.

"The Greater Toronto Area has seen significant growth in its economy throughout 2018. It has become a primary destination for companies in various industries who are attracting younger talent who have a desire to live in the region. This desirability has contributed to the continuation of historically-low vacancy rates, strong competition between renters for available units and, as a result, very strong growth in average rents," said Mr. Bhaura.

The number of condominium apartments listed at some point during the fourth quarter was up 16.6 per cent compared to Q4 2017, outstripping the seven per cent annual growth in rental transactions.  While encouraging, a number of quarters within which listings growth outstrips rental transaction growth will be required to see more balance in the rental market.

"It will be important to continue monitoring the supply of rental condominium apartments. While TREB certainly supports the recent rent control exemptions announced by the provincial government, this change does not benefit all investor-owners of condominium apartments, who have provided much of the new rental stock over the past decade.  It is conceivable that rent controls could prompt some investors to consider selling their units and investing the proceeds in another asset class.  This scenario could obviously compound an already problematic rental supply issue in the GTA," said Jason Mercer, TREB's Director of Market Analysis.

WANT TO BUY YOUR INVESTMENT PROPERTY?